Don’t feel like reading? Watch this video analysis instead

CES 2015 has come to a close and one of the big stories as it relates to gaming is VR. Oculus Rift had a huge presence, Razer and friends announced the Open Source VR ecosystem and headset, Samsung showed off Milk VR and we all had a good laugh about 3Dhead’s taughted Oculus Killer. 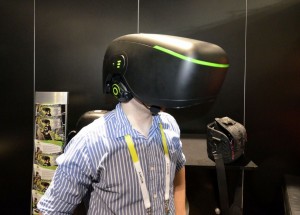 Between these products and Sony’s Morpheus, it is clear that a lot of players are betting on VR as the next big platform to come and shake up the gaming world. On one hand, VR gaming could be the next 3D TV, the hot thing that gets tons of coverage and hype at CES but fails to catch on with consumers. Or it could be the next smart phone, a new category that lights the world on fire and creates a massive new platform for games and apps.

Although it is too early to tell how VR will fare when it launches at a commercial level, I wanted to think about what opportunities will exist for game developers on VR. More specifically, I wanted to think about the opportunity for free-to-play games during the early life cycle of VR. If you want to bet on the future of VR games, what business model will be best for Oculus Rift game development?

As a thought experiment, let us assume that VR will be the next transformative platform for gaming. This is an especially appealing premise in the ever maturing mobile games business where most of the biggest winners in 2014 were published in 2013 or earlier. In a world where VR takes off, will the platform be a panacea for free-to-play games? 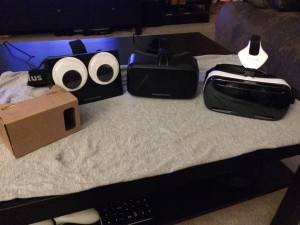 The first question to answer is how VR headsets will be adopted among consumers. If X years from now, VR devices will be as common as smart phones or television sets, how will they get there? My guess is that VR will have a lengthy early adopter phase where they are the domain of the tech centric. Over time devices will get cheaper, more powerful and easier to use. Killer apps and killer uses will be discovered and there will be some turning point where VR goes mainstream. Before long we will be buying tickets to attend virtually broadcast football games sitting in a private box with friends from across the country, or attending Coachella without worrying about crowds or camping. However, I do not think that VR will instantly explode into mainstream use.

Second, what will the app marketplace look like for VR? In this mass market vision, I imagine that the app ecosystem will resemble the iOS and Android marketplace more than a console ecosystem. For products we assume will have no physical distribution it makes sense that the marketplaces will be modeled off of the smartphone app economy. Developers will offer their games directly to consumers with the platform holder serving as gate keeper and middle man.

In this scenario, we can expect the economics of the VR app market to closely follow the trajectory of the smartphone app market. Initially, the marketplace will resemble the wild west of early iOS days. Bigger names taking a “wait and see” approach to developing for VR will create opportunities for smaller devs or unknowns willing to take a risk on VR. As the commercial promise of VR proves out over time, bigger names will enter the marketplace. Early successful devs will build an unassailable competitive advantage by investing heavily in paid user acquisition. Brand names will become an essential marketing tool to get noticed. The VR app economy will resemble the mature smartphone market of today.

For those willing to take early bets in the VR market pictured here, premium games will make sense early on. The audience will be relatively small, comprised of early adopters willing to buy premium experiences. A quality game will have an easier time making a profit in an sparsely populated marketplace where we can expect platform holder promotion and word of mouth sales to come relatively easy to deserving games.

Over time, free-to-play experiences will dominate the marketplace. Once VR adoption has reached a critical mass, the games that will rule the top-grossing charts will be those with low barrier to entry and the ability to highly monetize their most passionate players.

Early on, though, will free-to-play make sense on VR? My answer is it depends on your funding scenario. Early in the VR adoption curve, there will not be a lot of potential players out there. A business model that relies on hundreds of thousands to millions of players in order to be successful will have a tough time generating significant revenues if there are not a lot of devices in players’ hands (or on their heads, in this case). Although developers can anticipate high conversions to paying players and revenue per paying player, the number of players that exist will restrict a game’s revenue potential.

So if a game is launched in a scenario where the developer needs to turn a profit quickly to sustain and survive, free-to-play is a more risky bet. If a strong revenue stream is necessary to keep the lights on, premium games are a smarter choice than free-to-play until the VR market reaches a critical mass.

However, if a developer has a level of investment that allows it to run for a few years and grow with the market, free-to-play can make a lot of sense early on. If we expect that over time both the marketplace will get crowded and free-to-play will dominate, there are huge advantages to building a strong, early presence. Deserving games can become those go-to experiences that benefit for years as “must download” games for new VR headset owners. ASO advantages will be gained by being on the marketplace for years accruing downloads and reviews before bigger companies enter the fray.

To see an example of an ASO advantage in action, I searched for soccer on the iPhone. The first result is Dream League Soccer, a game with 140k lifetime ratings, first released in late 2011. The fifth result down is the brand name FIFA 15 Ultimate Team by EA SPORTS with 43k lifetime ratings. Strong ASO can help a developer stay competitive even when the big name, big budget competitors come to town.

Early free-to-play games will be positioned to grow with the market. If a developer is in the privileged position to have investment allowing them to run in the red for a few years, focusing on free-to-play games is an interesting strategic bet. If the market does grow over time as described in this thought experiment, VR will be the next big greenfield platform for game developers. There will be money to be made in both premium and free-to-play games. The business model to pursue in VR gaming needs to be aligned with the overall market size, the maturity of the market and the business needs of the game developer.