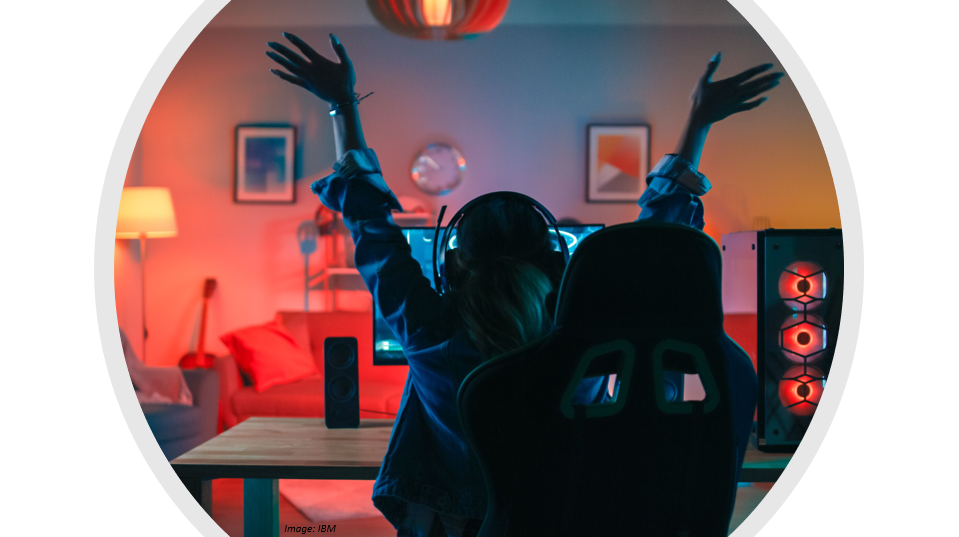 Early this year, when it was first suggested to me that I investigate blockchain gaming, I immediately rejected the idea. “NFTs are digital snake oil!” I shouted before rage quitting Zoom, leaving N3TWORK COO Dan Barnes to wonder if I had been killed in a very unseasonable Charleston hurricane. A few days later, when the idea of designing a game around NFTs was most delicately suggested again, I explained “I just don’t think any technology that MC Hammer is promoting on Clubhouse will turn into anything.” The response, “Do me a favor, just spend some time investigating NBA Topshot” sent me on a journey that has resulted in a full blown crypto-bro conversion.

My change of heart wasn’t immediate. I filed blockchain gaming into the mental folder of things people who read TechCrunch care about, but ‘Normal Humans’ would never adopt. The very next day I was chatting with a dad friend while, deep in the heart of Real America, we watched our kids play. This Normal Human, who doesn’t work in tech and has definitely never pushed buggy config to prod, asked if I’d heard of NBA Topshot. “You gotta try this thing. My brother in-law has an account worth over $15,000.” The next day I queued up for my first Drop, lucking out and drawing a limited edition Tyler Herro Moment that I could immediately sell on a liquid marketplace for $1,600. Instead I held onto it so I could eventually sell it for more. The bonfire was lit. I immediately understood the potential of NFT ownership and blockchain gaming.

I turned my analysis of Top Shot into an article, and ended it with the bold prediction that we would eventually see a $1 billion-a-year mobile game built around NFTs. “I sure hope I don’t look like a Kool Aid guzzling fool 10 years from now” I thought as I pushed the publish button on that post. But here we are, not 6 months later, and Axie Infinity has already ground my bold prediction to dust. I should have predicted a $10 billion-a-year game if I wanted to sound like a true visionary.

In my heart, I am a game designer. I spend most of my waking hours thinking about game mechanics and how they will make players feel. I want to make players feel awesome. For me, the potential of blockchain gaming is not about the money, it’s not about the promise of my players getting rich quick, it’s about how ownership can change the way a game makes them feel.

So here are five reasons I am bullish on blockchain. Five reasons I believe ownership changes the nature of the player’s relationship to a game that becomes their most important hobby.

As the Lead Designer on Legendary: Game of Heroes, I invested a lot of time on our first few hundred heroes. Not just their stats and skills, but also in careful naming and writing of interconnected backstories that I knew few players would even read. For those that did, I wanted each character bio to give them glimpses of a larger picture they would paint for themselves.

But those heroes from soft launch and the first few years of LiveOps are mostly useless now. No matter how cool the art, players have no use for Prophet Minera. They will never learn how her marriage to the King ended the bloody 500 Years War. And the reason for their uselessness is a familiar bane to devs and players alike: power creep.

For many top-grossing LiveOps games, power creep is a necessary crutch. We need to make this month’s offers appealing to players who spun the gacha last month. We need to make today’s limited offer more appealing than yesterday’s. And so little by little, we make the heroes more powerful or pack the limited offer with more and more resources. And players end up opening their wallets to stay competitive in events, but they also regret it. And they form a negative relationship with their hobby.

I believe that true, provable scarcity can eliminate the need for power creep. In a world where supply is infinite, the dev’s goal is to sell as much of whatever is on offer each and every day. But in a world of true scarcity, we can use scarcity as a tool to make purchases compelling without power creep. If there are always fewer top-tier heroes in the system than the audience has an appetite for, then every time you release new heroes there will be players who desire them, even if their power only matches the power of the other top-tier heroes.

By eliminating power creep, every purchased asset will retain its utility in the game, and thus their desirability for players. A hero or sword or magical tome acquired on the first day of a player’s journey can be just as useful on that day as it is on the tenth year of the journey.

A byproduct of power creep is purchase regret. A player invests time and money into the game, only to have their assets devalued by the continuous sale of new assets. Players regret the money they spent last month or last year as the game asks them to open their wallets again and again for new and more powerful stuff. Even players who stick with the game do so begrudgingly, in some cases viewing their relationship with the game as toxic.

I’ve spent plenty of money on limited-time offers in idle battle games like AFK Arena, Idle Heroes, Heroes Charge, et all. Every time I do, I ask myself “why are you doing this? You’ll never top the PvP leaderboards and know you’ll regret the $15 you spend on this Battle Pass.” But I spend anyways, ignoring the inevitable regret I’ll feel when that month’s credit card balance comes due.

But if you own your assets, and have the ability to sell them to other players when you don’t want them anymore, you will feel very different about every dollar you spend in the game. When I bought my first Top Shot Drop for $100, I knew, I just knew, that it was a stupid waste of money that I would never, ever confess to my wife. But when I pulled that $1,600 Limited Edition Moment, I felt awesome.

And a Top Shot Moment is just a digital trading card with no utility. In a game, I don’t think that assets have to be wealth-generating for players to fight purchase regret. Just knowing that if you tire of a game, you can sell off all your assets to another player will give you security when you open up your wallet. “I’ll use this hero for a few months, and when I’m ready to move on to another game I’ll get some of my money back.” Owning your assets will change your relationship to spending money on digital goods.

Most top-grossing games are selling power. Not all games, for sure. Games with massive audiences can rely purely on cosmetics to drive their business engine. But in most cases, we are selling power to our players. And that means we are catering to those players who want to be powerful, who want to win events, and love to see their name on the top of the leaderboard.

But this is just one player type. Some players want to farm, or support, or make friends with guildmates, or are just looking for a few minutes of relief throughout the day. But on the LiveOps side, we spend most of our time and energy catering to those players who value power.

But in a world of ownership, where players can sell their assets to other players, we can design for many different player types to have a fulfilling, decade+ journey. We can allow time-rich players who enjoy farming to specialize in collecting an asset that time-poor players who value power need. We can carve out a productive niche for players who want to support. We can design systems where guilds are bonded by working together on goals other than topping the leaderboard. We can build more inclusive ecosystems where players who want to see their names on top of the leaderboard are just one of the groups of players we service.

Every time I find a new, main F2P game, there’s a little angel on my shoulder pleading with me not to make it my new hobby. My life cycle follows a predictable pattern. I play the game 6 to 10 times a day for a few months. I make a few purchases here or there but never cross over into whale territory. And eventually, I break the cycle of daily play for a few days and ask myself why? What is the purpose of grinding it out for incremental improvement in this game?

That existential dread follows me around from the minute I install the game. I’ll never be the top player on an event leaderboard, and even if I did, so what? At the end of the day, the experience feels ultimately hollow.

Maybe I’ll increase my wealth through my hobby, maybe I won’t. I don’t think that the dream of getting rich needs to be part of the equation. Just knowing that I can cash out if and when I am done will eliminate that existential dread. It will make me feel like I’m not just wasting my time with the latest, stickiest hamster wheel.

A familiar pattern for experienced LiveOps developers is as follows. In order to accomplish some business goal, you change how part of the game works. You tweak an event harness or make a tuning decision that you think will inflect the KPIs. And players get angry. They feel a natural sense of ownership over their hobby, and each time you change it without their permission, it pisses them off. Sometimes they quit. Sometimes they strike. Sometimes they hound you on social media. And the root of their anger is a lack of control.

A common feature of many blockchain projects is governance. Projects embed some rules of immutable ownership for users who participate in the ecosystem. There are so many ways that a game team can leverage these governance systems to give their community true ownership over the game they invest so much time into.

There are many ways that governance can change the sense of ownership a community feels over their game. We can use governance rules to put the future of a project into the hands of the community. Truth be told, this prospect frightens me. What if the community rejects an alliance-based elder game event I had my heart set on? What if they want a new fishing mini-game instead? What if they reject proposals to nerf a dominant PvP hero?

But despite these fears of lack of control, I believe this type of community governance and ownership can strengthen a player’s relationship to a game. Governance will turn into happier players who retain longer, and take the game in directions the dev team could never have anticipated.

This is the future I saw when I opened my first Top Shot Drop. A future where players have a completely different relationship to live-operated games. A positive relationship is driven by ownership of their assets and control over the direction of their hobby. For these reasons and many more, I believe that blockchain games are not just a passing fad, but a revolution in game development that is only just getting started. We’ve already seen a $1 billion+ game with 1 million daily players. If this is just the start, then a game with 10+ million daily players and $10+ billion in annual revenue isn’t so far-fetched. Or maybe I’m just a silly bull drowning in Kool-Aid.

Would you like to receive crypto game ecosystem news and analysis in your inbox once a week? If so, please register your interest in the Crypto Gaming Explained Newsletter from FamousAspect.