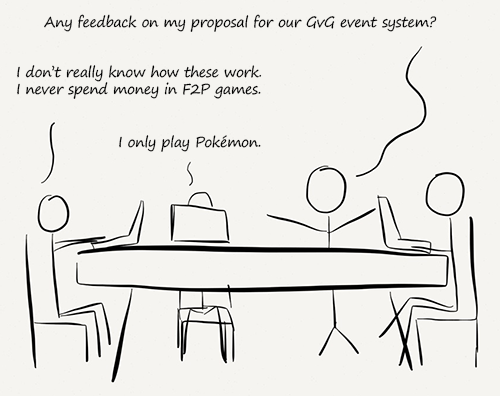 Last month, I wrote about what it was like to spend $100 climbing the leaderboard in a weekly PvP event in a fairly standard mid-core game. This month, I wanted to explore what it is like to be a high value player participating in a limited time Guild vs Guild (GvG) event. In the same game I had already spent $100 and many hours grinding away in, I left my starter guild and found a more competitive team with active, higher level players. I participated in a 3 day event as a free player, bought $200 in currency and participated in the next 3 day event as a high value player. As not all game developers can make this sort of time and dollar investment into event participation, I thought this article would be a valuable resource for those looking to implement a time-limited event system in their game.

The game in question is a fairly standard base building and battle game. After the player hits a certain level threshold, they are able to join a guild. This guild also has a progression and leveling system; as the guild collectively completes goals, they are able to add more members. Additionally, the guild is able to purchase stat bonuses for all guild members using money contributed to a collective bank.

On a predictable cadence, this game hosts Guild vs Guild tournaments. These are time limited events with a pay-for-participation element. Although players can play completely for free (and a guild can do well on the charts if they have a highly active player base), each player’s participation is gated by an energy system. If an individual player wants to contribute more to their guild’s victory, they can spend premium currency to refill their energy meter.

During the limited time of the event, a player in the guild needs to declare war. The guild will then be matched up against a competitor, and the two guilds will have an hour to challenge each other to PvP battles. The team that accrues the most victory points at the end of the hour is the winner. Both teams add all victory points earned to their total score, but the team that wins gets a bonus.

The GvG leaderboard score is an additive one. The guild earns points each time a player in the guild participates in a battle. The amount of points earned depends mainly on whether it was a win or a loss, as well as the position of the opponent in the guild hierarchy system. Significantly more points are earned for beating the guild’s senior leader than a rank and file soldier. Active guilds stack their most powerful members in the limited number of leadership positions. To rack up a big score, spending a lot of money if you are a low level player is wasteful; each block of energy will be more valuable the higher ranked players you are able to beat.

Once I decided to devote myself to this article, it was clear I needed to leave the guild I joined at level 12. Now a level 58 player with some decent gear (level 70 B+ gear, level 55 B gear, level 50 C gear) I quickly received an invitation from a guild that had placed around position 150 in the previous event. I played heavily during the 3 day GvG war, using my full energy every two waking hours. I even tested the waters by spending about $20 in premium currency, but due to my relatively low level, my money was not extremely valuable as I was only able to beat lower ranked opponents.

Our guild ended the war at rank 95. I had an 88-41 win/loss record and was the third most valuable player in the guild, directly contributing 15% of our total score. Our top player accounted for 23% of our score. We placed in the 8th reward band and were all granted a piece of B tier gear along with some nominal additional rewards. 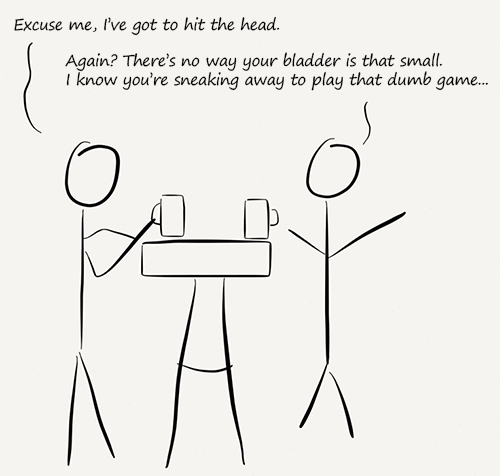 Given my initial experiment spending money, it was clear I needed to focus on leveling my characters and gear in order to make $200 worth spending in the next war. I played at least an hour a day in 5-10 minute sessions, increasing my level from 58 to 80. I also focused on boosting my gear sets’ levels, and entered the next war with one level 70 B+ gear and two level 70 B gear.

During this time, our top player left the guild. I knew we would be able to do better in the next war thanks to my spend, but my aspirations for being a top 25 team evaporated as soon as our other spender left to find a better guild for his time zone.

In the next 3 day event, my guild placed 68 thanks in large part to my $200 spent on event energy. I had a 590-100 win/loss record and was the most valuable player in the guild, directly contributing 44% of our score. It took me just over 5.5 hours of play time over the course of the event to use all my currency. Although our rank improved to the 7th reward band, our prize was a piece of B tier gear along with some slightly valuable rewards. Without the other high value player in my guild, my money did not translate into significantly more valuable rewards.

More interesting than the sheer amount of time it took to spend all this money in-game is the amount of time and money it would have taken me to singlehandedly bring my guild even higher up the ladder. To bring us up to the 6th reward band, I would have needed to spend an additional $140 and 3.5 hours of playtime. To bring us into the 5th reward band at position 25, I would have needed to spend an additional $760 and over 20 hours of playtime. To reach any higher would have been physically impossible. Based on my calculations, the top rated guild spent somewhere between $8,500 and $10,000 depending on the number of players in the guild and level of efficiency. Somewhat confusingly, this is $3,500 to $5,000 more than the second place guild spent. Although I can understand wanting to be the top dog, I cannot understand why this guild would so greatly outspend all the competition (unless there is hacking involved). 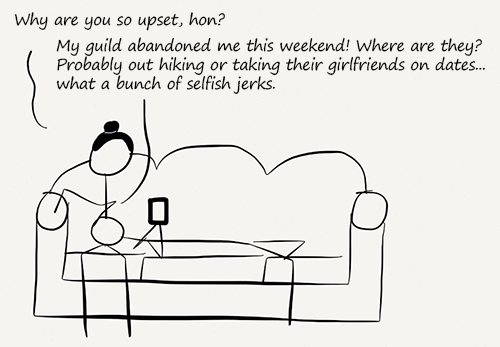 Once I decided to go all in on this guild event, I became very emotionally involved. I was angry at my former guild mate for abandoning us before this event, taking the possibility of placing in the top 50 with him. I was let down by the number of players in my guild who did not log a single battle. Over the previous two weeks a few players had suggested forming a Line messenger group to help coordinate. I started to wish we had put this system in place so I could drive other players to engage in battles. How dare they do whatever they were doing that weekend and not at least check in once or twice to help out their guild mates?

Although the monetization designer part of my brain recognized that I was just on a loot treadmill, I was genuinely disappointed we did not make ribbon B. I toyed with the idea of going beyond the scope of my initial article plan by sinking more money into the game. Luckily I had been taking very careful notes, and recognized that an additional $150 would not make for a better article. All it would give me is another piece of gear in a game that I planned to never spend money in again.

Although I am determined not to spend any more money in this game, it is still my gap time game. I play less fervently than when I was preparing for this event, but still check in 6-8 times a day. There is something oddly soothing about min/maxing the resources I get as a free player to get the most out of the game possible. After a two hour, adrenaline packed session of Shadow of Mordor, I play a few minutes to help calm down before heading to bed.

I did, however, leave my guild in hopes of joining a group with a more active players. I may not spend any more money in this game, but I would like to be part of a guild that hits the top 50 in a future event.

Description of my talk from GDC Next ’13 – Designing in-game purchases: In-game purchases are here to stay. Now more than ever it is clear that players are comfortable spending money in browser, mobile, and download games. But just because players are willing to pay does not mean game developers know how to give them something worth buying. This talk gives practical, hands-on guidelines and processes for designing your game’s monetization. Core loops, feature design, […]

As trumpeted by the recent Activision earnings report, Hearthstone – Heroes of Warcraft is off to an incredible start with 10 million registered users. Alongside a stable of Blizzard titles, Hearthstone’s launch has helped drive record digital revenues within Activision; 34% of all Activision revenue for the recently completed quarter comes from digital sources. As both a childhood Magic: The Gathering enthusiast and a monetization design consultant, Hearthstone’s release on the iPad has been one of my […]

Don’t feel like reading? Enjoy this quick video analysis instead. Trumpeted on stage at WWDC, given the Editor’s Choice on release and featured to an unprecedented degree in the Gamers television ad for iPhone 6, no game has seen as strong of a promotional push from Apple as Metal showpiece Vainglory. The fantastic take on MOBA for mobile devices has seen strong reviews and industry support. And yet the game’s performance has underwhelmed relative to […]