Crazy Defense Heroes and Crazy Kings are two, long-running, F2P mobile tower defense games published by Animoca Brands. Crazy Defense Heroes was first released in 2018 and Crazy Kings in 2014. Sporting a similar art style, they are both classic styled tower defense games similar to familiar hero-based TD games like Kingdom Rush. In 2021, Animoca Brands launched $TOWER and is using it as a shared play-to-earn token across both games.

Animoca recently revealed the $TOWER reward pool for the two games for January and February of next year. With a prize pool of 1,200,000 $TOWER and a current price of $0.056, this is a prize pool of over $67k per month. The $TOWER token can be used in-game to purchase the cards needed to play the game, or traded with other players on services like Sushi Swap, KuCoin and others.

In order to be eligible for the prize pool, players must earn 315k new XP points each month. The prize pool will be split up between eligible players who have met the requirement and connected their Metamask wallet.

I am frequently asked by fellow free-to-play, mobile game devs if there are successful examples of live games that have added tokenomics into their game economies. Although it is my hypothesis that the most successful crypto games will be those built from the ground up for blockchain, these games from Animoca certainly provide a counter example. Although $TOWER has nowhere near the market cap of tokens from crypto native projects like Star Atlas or Aurory, they are certainly seeing success as Crazy Defense Heroes is a top 10 game on the Polygon chain measuring by volume over the past 30 days (this is according to DappRadar).

These games already have traditional, IAP driven revenue streams. $TOWER simply adds another layer to the in-game economy as well as an interesting cross-portfolio dimension. Although it comes with some layers of friction beyond a traditional event mechanic, $TOWER is serving the place of an event leaderboard reward as it would in a traditional free-to-play experience. It motivates increased engagement and IAP spend throughout the month as players work to meet the reward pool requirement. Unlike a pure in-game currency, it comes with the added benefit that players can trade with others for tokens or fiat currency.

For developers interested in layering crypto mechanics into an existing game, Crazy Defense Heroes and Crazy Kings certainly provides a successful case study. It will be interesting to see if these $TOWER rewards can lead to increased growth for both the games and the token’s market cap over time, and if the audience for the games expands over time with more events and the release of a PC game client. 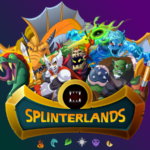 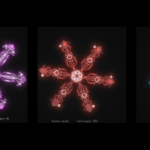 Next Article Did Fractal’s NYE Airdrop Ring In the Year of Solana?

projects feel more like community co-development projects than what we traditionally think of as game development process. Its kickstarter/early access on steroids. A small but passionate and well-heeled community can bootstrap a project that experienced game devs might look at and go “this is pure vapor…