6 Months In, Diablo Immortal is Crushing It

Diablo Immortal has earned $284 million in mobile revenue in the 6 months since launching worldwide, according to data.ai estimates.

With 75% organic downloads, growing revenue per download, and additional significant revenue from the PC release of the game, Diablo Immortal is clearly a monster hit for Blizzard and NetEase.

Diablo is one of the most revered worldwide gaming brands, and fans famously negative reaction to the Diablo III auction house would give any developer pause when considering a full free-to-play release. Yet Blizzard persisted, teaming up with Chinese F2P juggernaut NetEase to co-develop the game. With a largely negative response following its 2018 BlizzCon release, success was far from guaranteed.

On launch, we questioned the spend depth of the monetization systems implemented in the game on This Week in Games. However, our concerns were quickly proven wrong as Activision’s Q2 earnings celebrated over $100m in player spending for the game in its first two months of worldwide release.

In addition to the topline revenue estimate for mobile, digging into the data.ai estimates we see encouraging signs of health for Diablo Immortal. Most notably, the estimated revenue per download has already double from a healthy $6.09 in June to a $14.75 by November. These numbers are signal that Diablo Immortal’s older cohorts continue to retain and spend while the game adds new, monetizing users to the player base.

With metrics like this, Immortal could no doubt continue to scale profitably through user acquisition. But thanks to the strength of the Diablo brand, this isn’t necessary. Data.ai estimates that roughly 75% of all downloads are organic. With a world-famous brand and exceptional user review scores, Diablo Immortal is clearly crushing it for Blizzard and NetEase.

And these estimates from data.ai only include only the mobile game. Players are also able to play and spend on PC. As a historically PC franchise, and with over a decade since the initial release of Diablo III, the game is no doubt seeing significant user and revenue numbers on desktop. 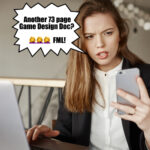 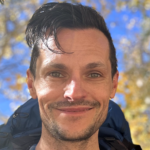 Next Article Empathy is the Secret Superpower of Great Game Engineers

Over the past year and a half as a monetization design consultant, one of my core tenets is to make purchasing present. Perhaps the biggest missteps I see in games with IAP is that the developer appears like they are doing everything possible to obscure the fact that a player can spend money within the game. When I get in front of audiences at GDC and other events, I coach that IAP are like banner ads: one must […]

Over on the Diablo IV blog, we’re getting substantial details about the game’s live service ambitions. They sound ambitious, familiar, and judging by Diablo Immortal’s $100m+ live service revenue to date, will surely be a massive success for Blizzard. It’s clear they’re working to differentiate D4 from Immortal and set the expectation that there is no pay-for-power / pay-for-progress in this game. It’s amazing to think how far the F2P and Live Services business model has come in terms of hardcore gaming acceptance over the past decade…