This episode of Tokenomics was pure delight for me, as I got to interview Graeme Devine, a true game design legend. From his groundbreaking work on 7th Guest and 11th Hour to Doom 3, to Age of Empires III and Halo Wars, to Magic Leap, Graeme has found success across many different platforms. Now, as a co-founder of QXR Studios, Graeme has added another notch to his belt with WAX-powered blockchain CCG Metropolis Origins.

In this episode, we cover some of the highlights of Graeme’s illustrious career, how he found himself working on XR at Magic Leap and what attracted him to Web3. Most importantly, we discuss what he’s learned through the launch and operations of QXR’s first blockchain game in Metropolis Origins.

Here are some lightly edited highlights from our conversation:

On working inside the mysterious, and once white hot XR startup, Magic Leap…

Ethan: I’m so curious about Magic Leap, because from the outside that’s been one of the more interesting stories in technology and gaming. What was it like working on a new technology that’s unproven, that’s being built, hat’s highly experiment? I feel like this must be very similar to what it’s like to work in blockchain games right now, but I’m curious what it’s like when you add in that extra layer of a brand new technology that’s kind of being discovered alongside the game development?

Graeme: Oh, it’s, it’s a magical time. We had what we call WDs you know, wearable demos. WD1, WD2, WD3. WD1 never actually turned on. It was a big triangle thing that turned on maybe once or twice. And if you put your hand here, 300 volts would go through you and that was bad.

Ethan: And on that they raised three billion dollars…

Graeme: We raised money on  something called the Big Bench, which you put your head into and you could go see a light field. And that was incredible!

But that was incredible. And when we achieve that, that will be life changing. That will change the world and we are getting close, you know, the ML1 got close. The ML2’s closer and others are getting closer still, but to be able to make prototypes for those kinds of applications it was interesting to take people through that. It was a voyage of discovery.

On how the Wax blockchain aligned with QXR’s ethics…

Ethan: When you started QXR, did you know that blockchain gaming was something y’all would want to work in? Or was that discovered along the way?

Graeme: We did not think about that to begin. We started to look at redoing one of my games from 1987, a game called Metropolis, which we saw people doing speed runs of on Twitch. And we started thinking about that as a remake, as a PC game.

At the same time, NFTs were starting to take off. So it was suggested, “Hey, we should make some NFT with these assets.” And I was like “hell no, that’s a terrible idea!”

Graeme: But we talked about this some more and I was like, “Well, if we can make something useful with these NFTs then yeah. Let’s talk about that.” And I happened to have a card game engine from a very popular solitaire game right on hand. And so I was like, “A CCG… I’ve always wanted to make one of those. We can make it based in the Metropolis universe, integrate it into the PC game as well.” Because the other thing we love to do is to build story worlds.

So we started to talk to Wax about their blockchain and their carbon neutral approach. And we were like, “That’s interesting. We can sleep at night using this platform.” So we could see a future there for the game. We started to make Metropolis Origins and November 17th we launched a beta of the game.

On the importance of treating your community as a partner…

Ethan: What have been some of the biggest adjustments you’ve had to make either in terms of working practice or way of designing or way of thinking as you’ve moved into this new space? For me, one of the biggest challenges was thinking about immutability and what do I want to be permanent? How do I allow for things to be permanent, but also have the flexibility I might need to balance a tournament format or to make changes when something’s OP or underpowered.

Graeme: We were petrified of that when we launched. Because you do own these cards and, you know, it’s impossible to tell me, “Hey, this card, you can no longer play with it” because I own it.

So we made the decision initially from Metropolis Origin to be Beta and to not put the attack and health numbers on the cards. To leave those spaces are blank. And we went to the community and said, “We’re not gonna put the numbers on the cards for the NFTs because we need space to tune.” Because, pre-launch, we had tested with a total of maybe 20 people. And it’s not enough people to know that these things are not OP.

We expected a lot of backlash but the community was like, “Cool! We’ll help you!”

The community was great. I think, [you just need to be] upfront with the community and treat them as a partner in game development.

If you enjoyed these highlights do yourself a favor and listen to the full episode embedded above or subscribe to the Deconstructor of Fun podcast feed on your favorite podcasting app. If you’re interested in playing Graeme’s game, be sure to check out the Metropolis Origins Beta. And to hear all the latest game industry insider news and interviews from me, follow me on LinkedIn. 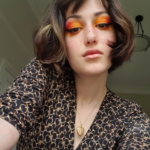 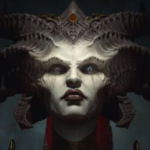