Over on the Diablo IV blog, we’re getting substantial details about the game’s live service ambitions. They sound ambitious, familiar, and judging by Diablo Immortal’s $100m+ live service revenue to date, will surely be a massive success for Blizzard. It’s clear they’re working to differentiate D4 from Immortal and set the expectation that there is no pay-for-power / pay-for-progress in this game. It’s amazing to think how far the F2P and Live Services business model has come in terms of hardcore gaming acceptance over the past decade.

I discussed this near the end of this week’s TWiG. But for those who prefer just to read it, here are some of the most interesting quotes from the Diablo IV team’s LiveOps post, along with my analysis:

On the structure of Seasons…

Diablo IV’s Seasons are modeled after those of Diablo III. When a new season begins, all the characters from the prior season are moved to the Eternal Realm, where you can keep playing, leveling up, and collecting loot. To play in the new season, you’ll create a fresh character and experience the new seasonal features and content while leveling up alongside other players. This, along with capping paragon points in Diablo IV, ensures that your effort and skill—measured by both dexterity and theorycrafting —determine how powerful your character becomes. It also allows players who missed the last season to participate. This season design requires that all sources of character power come from playing the game, so you will not be able to pay for power in Diablo IV.

So seasons are quarterly, they feature a full reset and give all players a regular entry point. This is one of those barriers that frequently keeps me away from joining multiplayer games weeks or months after launch: how am I even going to compete as a noob against people with so much skill and progression investment?

Also, this seasonal structure encourages you to try all the different content, experiment with builds and take risks. The beginning of the character journey is often the most fulfilling in my experience. MOBA’s lean into the joy of this experience on a per session basis – basically each MOBA match takes you through the full character leveling experience in a condensed fashion. With D4’s Seasons, you get a long window of time to invest and experiment with a character, and a regular on/off ramp from the quarterly reset. I think this will be very fulfilling for players who really just want one game every day for months or years.

On what to expect from Seasonal updates…

Each season will be released with a fresh new gameplay feature and questline that introduces new challenges, mysteries, and possibilities into the level-up experience. This is something players should begin to experience before the end of their first hour of play… We will also be constantly adding new legendary and unique items, paragon boards, glyphs, and more that will continually refresh the meta and create new build opportunities.

They want to constantly keep things fresh. Basically, each season the character progression changes are a mystery box for players to explore and try and figure out the most overpowered builds before time runs out. It sounds like they will have a massive content team working to provide all these quarterly content and cosmetic updates.

On their cosmetics only monetization approach…

Diablo IV will be a full-price game with a Cosmetics Shop and Season Pass—none of which provide any pay-for-power options. Our goal in designing our in-game purchases is that we want to create beautiful things which add value to players’ experience of the game… The best-looking cosmetics aren’t exclusive to the Shop. Diablo IV will ship with hundreds of transmogs unlockable from drops in-game, including dozens of armor sets of the highest visual quality. There are incredible pieces—Unique and Legendary quality items—for players to find without ever going to the Shop. The Shop offers more diversity of choices, not systematically better choices.

After the initial purchase, D4 is going for pure cosmetics based monetization. This will require a massive audience to deliver revenue that supports these LiveOps plans, and already from the success of Immortal and similar monetization structure of Fortnite, I forecast a huge financial success is brewing for Blizzard.

When I was a monetization consultant, I would frequently caution devs against a pure cosmetic approach. It was “but that’s what Riot does,” and now “that’s what Fortnight does,” and soon “that’s what Diablo does.” Well, all of these games have huge, massively invested player bases. Even though cosmetics historically monetize a low percentage of the audience at low rates (when compared to F2P genres like midcore CCG), they’re doing it against a hugely scaled audience that comes organically for their love of the brand. If you don’t think that you can attract a massive audience organically, then this sort of pure cosmetics monetization probably won’t succeed for you. It’s hard to run performance marketing against pure cosmetics unless you’re truly the cream of the crop when it comes to KPI performance.

All in all, Diablo IV’s LiveOps plans sounds like a lot of fun, and I, personally am eager to play. I know that when D4’s released, I’ll be delighted as a player as I jump back into a beloved game brand. And as a fellow gamedev, I’ll be consumed with jealousy once those revenue headlines start rolling in. 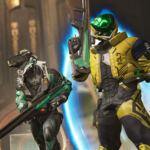 Next Article The Dangers of Splitting the Splitgate Audience

Slides and audio from New approaches to free-to-play game design, my game monetization talk presented at GDC Next ’14 in Los Angeles. Here is the talk description: Too often, a game team chooses the free-to-play business model without truly considering the design of monetization elements early in the project. Only when it is too late into the development cycle do they learn that there is not a clear or compelling reason for players to spend money within […]

This article originally appeared on GamesIndustry.biz When it comes to superheroes and intellectual properties in general, there is no name bigger than Batman. Thanks to Robert Downey Jr’s charisma and Jon Favreau’s directing, Iron Man is having an incredible resurgence over the past few years. But in terms of perennial, world-wide appeal Bruce Wayne is right up there with Michael Jordan and Star Wars in the pantheon of intellectual properties. The fact that NetherRealm’s free-to-play […]