You know her from TV (That 70’s Show, Family Guy), Film (Book of Eli, Black Swan), and have probably even heard of her hit NFT collections (Stoner Cats, The Gimmicks). But did you know that Hollywood star Mila Kunis is a closet World of Warcraft addict? And that her love of WoW has led directly to the creation of a brand new, Web3-powered gaming IP Armored Kingdom? Along with her WoW guild turned production and design team, she is working to build a new fantasy universe on the Near protocol.

In this episode, I talked to Producer Lisa Sterbakov, Emmy nominated writer/designer Hugh Sterbakov and writer/designer Brian Turner about the inspiration behind the Armored Kingdom, their choice to go Web3 and partner with the Near protocol, and what it’s like to go undercover raiding with a famous Hollywood star. Here are some highlights from our conversation.

Lisa: Fatties. That was our guild. We were always in the Fatties chat all the time. We did five man raids, a lot of five man…

Brian: … with Mila and a couple other celebrities.

Ethan: This is my first ever “Stars, They’re Just Like You” moment. Stars, they’re just like you… they’re in WoW raids and chatting with their friends on Discord all the time.

Hugh: You haven’t played WoW until you’re 20 minutes into The Black Morass and Mila just randomly announces that she has to go to the bathroom and leaves four other players. And she’s our main DPS and she just wanders away. And we’re literally sitting there like “Did she really just leave? Did she just leave?” And she’s screaming from the bathroom “I’ll be right back!” That’s when you know you played Warcraft.

Brian: I can tell you exactly what inspired us. When Burning Crusade came out, we were out at midnight with Mila outside a game store in the cold waiting for them to release the 12.01 copies of the game.

Hugh: Right across the street from Robot Chicken Studios actually.

Brian: We all got online with our characters that at this point, this is sort of the first big expansion, right? So we had been playing through the existing world. Hugh and I were Beta players. We had been playing for a long time.

And so we all had our perfectly built sets, our perfect tier gear, the best weapons you could have, everything. We get our group, we marched through the portal and we’re heading towards the first camp there is. And there’s sort of random spawn mobs and we kill whatever the first mob was. We go loot it, and it has a green item that has stats that are better than my tier combined shit that I spent months grinding through a castle multiple, multiple, multiple times going through it 20, 30 times to get my hat. That sort of thing.

Hugh: Yeah I had a full Tier 2 from Blackwing Lair. I was a Priest, I had the Anathema Staff, and then you wander into The Burning Crusade and green gear is beating what you’ve got.

Brian: That to me really crystallized the, “so, what do you do?” I had the, I’ve forgotten the names of the dagger, but they’re the most epic dagger before Burning Crusade. What do you do now? Do you just put them in the bank? You’re never going to use them again, because this one is one damage more than that one. So these are useless even though you tried really hard to get them.

So I wanted a game where you can advance your equipment, where your sword has a story that you put time into the sword, you are making the sword more valuable that way.

Lisa: I would say Armored Kingdom is a mythic fantasy with a whiff of sci-fi multimedia IP company. We have comic books and animation and the TCG, all of which feed each other. All of that is empowered through Web3. It’s not just some speculative Web3 product. That’s how I describe it.

So even in terms of gameplay, these characters that you’re going to meet in the comics, the way that they play, all of their play mechanics come from stories. So it’ll feel intuitive to you. When you go to play a certain kind of character, intuitively you’ll go, “Oh, I understand that this character would be more magical. I understand that this character would be more brute force” whatever those kinds of mechanics are, that it intuitively makes sense and that you can feel immersed in this world.

These are just the highlights. To hear more, check out the full video interview embedded above or subscribe to the Deconstructor of Fun podcast feed. And if you think you’re the right producer to partner with Mila Kunis and lead Armored Kingdom feel free to reach out to me on LinkedIn to be connected to the team. To follow along as the project develops be sure to join the Armored Kingdom Discord. 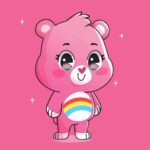 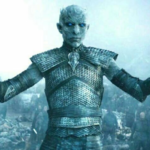 Next Article On Crypto Winter, Capitalism and Early Stage Risk