Though veteran game designer spacedog chooses to remain anonymous, trust us, you’ve played some of the hit free-to-play games she has contributed to. As one of the developers behind upcoming blockchain game Void Runners, spacedog recently authored the whitepaper for the game and iterated on it in public with her discord community.

In this interview, we discuss Void Runners, the considerations behind writing a whitepaper for your game, and what it’s like to work on your game’s design in public. I’ve transcribed a highlight from the interview below, or you can listen to it on your favorite podcast service.

Ethan Levy: How did you approach writing your whitepaper? Who did you think about as the audience and the tone? What were you trying to achieve with it?

spacedog: Draft one of the document was an internal document. The first audience for it was people who were gonna be working on this thing or trying to build bits of it. And so what was good about that was that it was very detailed and very frank, but it also had lots of like open ended stuff and possibilities in it because we were still early. And so it was very much a working document, which is not quite what we wanted for a thing that we were gonna stick on the internet and send strangers links to, but then once we started the job of, of converting it to something that we did wanna share, I think our audience was very clearly targeted at people who are curious about this project and want to know if it’s gonna be worth them investing their attention and their money in.

And the two things that we wanted to be sure that we did was (1) try and give anybody reading it the raw material that they needed to be able to start playing the game in their head.

That’s always the moment when you know that you’ve connected with someone is when you see them start to hypothesize in their head of like, “oh, well, but then in that case, I would do that. Oh, no, but if I did that, then this, oh yeah, no, but then I could do this.”

And once somebody started to think that way then for a start, you get a feel for the fact that you were, you were sitting on a good piece of design because it’s sparking that result, that interest in people. But also it kind of gives them a reason to stay committed to the project and stay curious about, about seeing it come together. So that was one component: we want this to start coming alive in people’s heads.

Then (2) the other, I think absolutely for us was that credibility factor. We are a team that has a ton of deep hands on game design and delivery experience. That’s not true of every project in this space that is making, or is claiming that they’re making, a game. We wanted to try and do something that demonstrated that we have done this before and we do know what we’re doing.

And then I think also the third thing that happened when I was pulling it together is I’ve just really loved learning in this space. And I’ve benefited from a bunch of people being really patient about writing materials to help you get smart about various elements of Web3.

And so I think there’s some projects that maybe try to make a strong impression on the people who are reading their game papers by kind of bamboozling them with very, very impressive, complicated sounding stuff. If you’re someone who knows the field, you can usually look at it and see how it’s all structured. And you’re like “Oh yeah, fair enough.”

But it feels a little bit like it’s kind of a shock and awe tactic, a quick flip plan. Of like, you know, “We’re so much more than you. You’re not gonna be able to understand this.” And I thought that there was a different way of handling that, which is what if instead I could offer you a helping hand, the way a bunch of other projects offer me a helping hand and say, “Hey, here’s how to think about this. Here’s how to get your head around it. Here’s how to start getting hands on with it.”

So we build some economy/tokens modeling tools directly into the doc. That was kind of very much trying to find a different way of doing that. Like “Hey, we do have deep knowledge here, but rather than making that impenetrable, what I want to do is try and give you something that you can have a bit of fun with and maybe feel your own understanding grow as you use it, “Oh, right. Okay. I see. So if you do that, then this happens.”

So getting that interactivity in there… we have a running tradition where we’ve tried to make everything that we’ve done playable. So getting on our allowlist is a game. I kind of got halfway through the writing the whitepaper, and I was like, “could we make this playable?” And it’s a dense design document. I’m not gonna try and pretend that it’s a laugh a minute, but it does have this little bit of interactivity and curiosity in it. 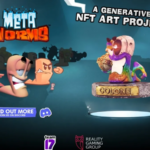 Previous Article Targeting Gamers with your NFTs? You’ll Regret That! 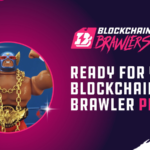 “What crypto winter?” the Illuvium team is asking after raising $72m in a smooth, well-structured land sale which raised a giant war chest of funds for the developer without crashing any networks along the way. We spoke in depth about the sale with Economy Designer Khaled Alroumi.