This week, I had the delight of brining a true legend of game production onto the Deconstructor of Fun podcast! There are few leaders in the industry whose CV even comes close to Rod Fergusson, who currently serves as Senior Vice President and General Manager of the Diablo franchise. With credits including Gears of War, Unreal Tournament, Shadow Complex, Infinity Blade, Bulletstorm, BioShock Infinite, Microsoft Train Simulator and now Diablo, few producers have had a lead role in as many big name franchises as Rod.

This interview is packed full of lessons that will improve your work as a producer or team leader whether you’ve been working for 2 years or for 20. Below, I’ve transcribed one of the highlights. Rod explains how you are doing your team a disservice if you try and people please by stating the team can hit impossible dates.

The following highlight has been lightly edited for clarity.

Ethan: When someone is standing up in a meeting like that, whether it’s BioShock Infinite, or some other game. A producer stands up and says “We’re on time. It’s gonna hit the date, guaranteed!”

Or is it fear of speaking truth to power? I mean, by denying or failing to see reality, the producer or project leader is actually doing a disservice to their team and the company by not, to use your term, inducing reality.

Rod: Based on the situation, I think I’ve experienced all of those causes. And so the big thing I’ve had to help more junior producers understand is that bad things happen to good producers. You don’t succeed by pretending everything’s fine when it’s not.

When the building’s on fire behind you and you’re like “No, no. There’s no fire here.” It does a disservice to yourself and the team because people don’t trust you and don’t believe what you’re saying.

So the biggest thing for me when I talk about production and I talk about dates and scope and those sorts of things, is that it is really about credibility and managing expectations. And so I’m a big believer in you say what you do and you do what you say.

If you’re going to talk the talk, you have to walk the walk. It’s really important I that people know that they can trust you. When you say something you mean it. And to get to that level of trust and to be that credible means you have to allow for uncertainty.

You do that by buffering or putting contingency and iteration time into your schedule. You don’t do yourself any service by being a people pleaser. Never say “Oh, it’ll be done in two days,” when you know it might be six. Because then the reaction is “Okay, you set the expectation for two days and when you delivered it on time in six.” You look bad.

You look bad because you’re trying to make people happy because they really wanted it in two days. That doesn’t help anybody! And so to me it’s a conversation around: how do I manage expectations? When I tell you six days… once I’ve told you that I’m going to do everything in my power to make it be six days.

If it’s tracking towards seven days, I’m gonna work hard to pull it in by a day, and if it’s not six days and I have really blown it, then we’re gonna have a conversation about it. And you are going to walk away understanding that this what went into that decision and why I encountered these problems and what the issues were, and why it ended up being seven days.

If you enjoyed this highlight do yourself a favor and listen to the full conversation with SVP and GM of Diablo Rod Fergusson embedded above. Or subscribe to the Deconstructor of Fun podcast feed on your favorite podcasting app. To hear all the latest game industry insider news and interviews from me, follow me on LinkedIn. The opinions contained within this post are opinions, and do not represent financial advice or forward looking statements on behalf of myself or my interview guests. 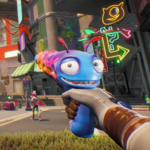 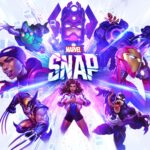 Next Article Is Marvel Snap’s Laid Back Monetization Working?