Marvel Snap is an undisputed hit with gamers and game journalists, but one month into an all out marketing blitz, achieving cohort paybacks looks like a challenge based on data.ai revenue estimates.

Why It Matters: The team at Second Dinner is a collection of world-class CCG makers, having proven their bonafides with the blockbuster success of Hearthstone before striking out on their own with $30m in venture funding. After 4.5 years of development, they have delivered a fun, fast and satisfying CCG that, as a fellow game designer, I am hugely impressed and inspired by.

But with a $1.08 revenue per download after 30 days of WWL (according to data.ai estimates) the team has a challenging road ahead of it to achieve cohort paybacks.

Monetization Strategy: Marvel Snap’s monetization is extremely player friendly. It is a cosmetics first approach where no cards are locked behind gacha or paywall; however spending real money does help you access additional cards quicker:

If I were to construct a spreadsheet to estimate how Second Dinner plans to achieve payback, the model would depend heavily on these three factors:

This approach can work, and is the monetization strategy that drives some of the world’s biggest F2P successes. But, if you are not willing to use the type of Gacha driven monetization I have used to great effect in past CCGs, you cannot achieve Fortnite scale revenue without a Fortnite scale user base.

Marketing Analysis: I have been, and continue to be, bombarded with a wide ranging mix of Marvel Snap creative on every social network and gaming site I frequent since launch day. I simply cannot escape Marvel Snap! For an in-depth analysis, check out this excellent post by Matej Lancaric:

Can These Cohorts Pay Back? For comparison, let’s look at Goddess of Victory: Nikke released globally in early November and featuring the type of standard gacha based monetization from a mid-core collector.

With a blended RPD of $9.17 and growing according to data.ai estimates, this game is doing gangbusters. If I was running this game, I would be pushing for an incredibly aggressive marketing spend based off of this success in the first few weeks of November.

By contrast, Marvel Snap’s monetization strategy is dependent on long-term retention because, at present, there is not that much for an individual to spend on per event.

How Snap Wins: Here’s a believable scenario for how Snap becomes a $100m+/yr forever franchise without resorting to gacha or other high pressure monetization tactics:

How Snap Loses: On the flip side, here’s a scenario for how the beautiful Snap experiment goes into maintenance, allowing Second Dinner to take another shot on goal with their remaining funds:

From the outside, both scenarios feel plausible at this point. The critical moments that determine Snap’s fate are likely to come in the next few months as we receive the first few major updates. We’ll be watching the game closely as well as the estimated metrics from data.ai to see if Second Dinner is on the path to the paradise of Valhalla or the underworld of Hel. 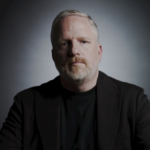 Next Article Why is Esports Giant 100 Thieves Building Their Own Game Studio?

I presented this latest version of my game monetization lecture – Game Design is Business Design – at the 2013 Game Developer’s Conference as part of the Free to Play Design and Business Summit. In the talk, I mention some tools and templates in the lecture that you can find at the following links: Monetization Philosophy (template) Feature Brief (template) Game Treatment (template) Business Model Canvas (template)

League of Legends and the top of funnel imperative for F2P

When it comes to free-to-play, few games are held up as paragons of virtue as frequently as League of Legends. When writing about my practice as a monetziation design consultant, LoL and TF2 are the two games that come up whenever anonymous internet commenters let me know how much they hate me and all F2P games with these two exceptions. LoL, and by extension Riot, is a smash success on every conceivable metric: from daily user […]

Back in August, Natural Motion made big headlines when it was reported that their hit game, CSR Racing, had surpassed $12 million in monthly revenue. The drag racer spent most of the month of July dominating the iOS top grossing chart and enjoys a position in the top 25 on both iPhone and iPad today. Based on my model for iPhone/iPad revenue, I estimate that CSR Racing has generated a little over $5 million in worldwide sales in the […]

Don’t feel like reading? Enjoy this quick video analysis instead. Trumpeted on stage at WWDC, given the Editor’s Choice on release and featured to an unprecedented degree in the Gamers television ad for iPhone 6, no game has seen as strong of a promotional push from Apple as Metal showpiece Vainglory. The fantastic take on MOBA for mobile devices has seen strong reviews and industry support. And yet the game’s performance has underwhelmed relative to […]