In a recent interview, I sat down with Rovio Alum and Lightheart Entertainment Co-Founder Miikka Ahonen, to discuss the founding of the studio and the factors behind the monster success of Mr. Autofire. The part of the interview that will undoubtedly stick with me for year is when Miikka shared the 5 questions assessment they use at Lightheart to determine if a game concept is worth pursuing:

Question 2, for me, is absolutely critical. I’ve had some recent conversations about the modern mobile marketing landscape, such as learning from experts at Google how to best work with the ML targeting algorithms that power modern UA. The question of whether your gameplay can explain itself in 3 seconds is critical in today’s mobile environment.

Whether I’m scrolling Twitter, TikTok or Instagram Reels, I see countless ads for mobile games. But these games have just a few short seconds to grab my attention and convince me not to click through to the next piece of content. If your game has top grossing aspirations, you will undoubtedly need to use UA to scale your audience. So you need to start with a concept that is quick and simple to explain visually to give yourself a fighting chance at top-grossing success. Because the next piece of content is always just a tap, flick or scroll away.

Question 3 is especially powerful. I love the creative constraint of asking if you can ship a version in three months. The team at Lightheart wants to get an MVP to market quickly so they can test a true D1 retention, not just endlessly debate if their game idea is the right one.

Sure, there are certain sizes and scopes of games where this constraint is simply impossible. But for smaller, nimbler studios who don’t have infinite resources, this is a very reasonable constraint. If you don’t have the team size and budget to build the next Diablo Immortal, Fortnight or Marvel Snap, then this three month constraint is a thoughtful way to force yourself to scope something attainable, not burn all your runway chasing after a dream game that you will never get to market.

And as a former monetization consultant, I cannot stress enough how realistic it is to ask yourself question 4 and apply an existing progression system to your game. Some games truly do reinvent the wheel to great success, but for the most part success is found in understanding the marketplace of design tools and applying the right progression and monetization system to your game. Much of my consulting focused on this. Take system X from this game, add system Y from this other game. Progressions system are often the place to use what works with minor tweaks, not wholesale reinvent the wheel.

When I look at this list, I can understand how Lightheart arrived at Mr Autofire and how it became such a massive success, especially given the small team behind it. As someone who is working on a new game prototype next few days, I am undoubtedly going to start my day with this of five questions before I decide which idea to pull out of my notebook and start bringing to life. 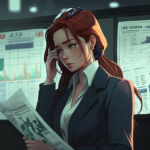 Next Article Why have game industry SPACs been such a disaster?

There are few leaders in the industry whose CV even comes close to Rod Fergusson, who currently serves as Senior Vice President and General Manager of the Diablo franchise. With credits including Gears of War, Unreal Tournament, Shadow Complex, Infinity Blade, Bulletstorm, BioShock Infinite, Microsoft Train Simulator and now Diablo, few producers have had a lead role in as many big name franchises as Rod…